The Japan Society of Health Sciences
will continue to strive to help solve various health problems facing the world today.

The Japan Society of Health Sciences 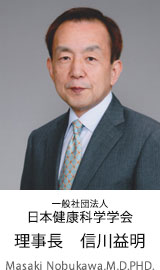 The purposes of the JSHS are:

For the purposes as mentioned above, seven committees and one study group have been set up to conduct researches and studies of various health-related issues, hold the scientific meetings and symposiums, prepare reports, and make proposals. Well-attended scientific meetings are held annually by the JSHS for the presentation of the results of the activities of study groups in various places in Japan. Moreover, the JSHS is one of the 1,300 scientific societies with the status of academic partners of the Science Council of Japan (SCJ).

Thus, The Japan Society of Health Sciences will continue to strive to help solve various health problems facing the world today by cooperating with scientists, academic research organizations, the related industries and citizen. And then, to help enhance national health.

The Japan Society of Health Sciences (JSHS) was established in 1985 (Showa 60). Dr. Masamitsu Oshima was appointed as the first president.?

The Society has grown steadily. The JSHS's membership is approximately 300.

The Science Council of Japan (SCJ)

The SCJ was established in January 1949. Although under the jurisdiction of the Prime Minister, it operates independently of the government. The SCJ, which represents some 840,000 scientists, consists of roughly 2,000 members with 210 serving as council members.

Its primary functions are, first, to make policy recommendations and deliberate on scientific issues; second, to coordinate the scientific community; third, to promote international exchanges in the scientific field; and fourth, to communicate with society at large.?

The Science Council of Japan (SCJ) 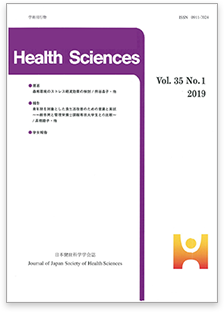 The Journal of JSHS was first issued in 1985 and at present is read primarily by the 550 members of the JSHS.?

At the moment it is issued only in Japanese or English, and its abstracts are available via the JSHS's website only to its members.?

The basic aim of the JSHS is to help promote understanding about Japanese medicine, health sciences and health policies.